Missed what went down at GDC 2022? Catch our full recap here!

What began as an informal gathering of 25 developers in a living room has now grown into one of the largest events in the games industry. The Game Developers Conference (GDC) brings the developer community together to exchange ideas, solve problems and shape the future of the industry across five days of education, inspiration and networking.

We are proud to have five Ubisoft Toronto experts speaking at the conference this year, showcasing their teams’ achievements and sharing knowledge on a variety of topics from cutting-edge raytracing, to elevating unique personal voices in narratives, and how technical innovations transformed stealth mechanics in Far Cry 6 .

From gleaming 🚗 to shady 🌴, raytracing has been key in creating the immersive world of #FarCry6.@StephsTangents shares her team’s techniques, their pitfalls and the latest in @AMD Hybrid Reflections at #GDC22!

From the glow of street lamps reflected in a rain puddle to the soft shadows cast by Yara’s lush jungle vegetation in Far Cry 6, raytracing is a vital part of creating a realistic, immersive world that players can lose themselves in.

This session explores the collaboration between Ubisoft and AMD on implementing Hybrid Raytraced Reflections in Far Cry 6, and the technical challenges Stephanie and her team overcame along the way. Learn what Hybrid Reflections are, how the team implemented them, and how it was optimized for a wide range of GPUs. 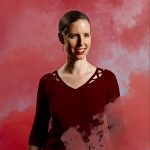 Stephanie Brenham is a 3D Team Lead Programmer at Ubisoft Toronto, most recently working on Far Cry 6. In her role, she is responsible for the visual fidelity and performance of the graphic systems in games. She was recently named to The Game Awards 2021 Future Class, which recognizes the inspiring individuals who represent the bright, bold, and inclusive future of video games.

How do you weave a compelling, authentic story?
🧵 Draw on personal experience
🧵 Consult unique perspectives
🧵 Elevate other voices
Join Narrative Director @Navface as he shares how to find your personal voice within a massive AAA production at #GDC22: https://t.co/BVIgrgqhUz pic.twitter.com/PJt1r4hSCS

Talk: Voices in the Machine: Making Space for Yourself in AAA

What creates a compelling, impactful story that leaves a lasting impression? For Khavari, it’s drawing on personal voices and unique perspectives to create a meaningful narrative that showcases and does justice to the diversity of voices and experiences reflected.

In this talk, Navid outlines a methodology to find your personal voice within a massive framework and how to elevate other voices as well to support individual creators as the heart of game development no matter the scale of the project. 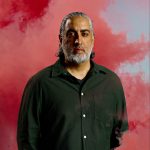 Navid Khavari has over 11 years of experience at Ubisoft Toronto and was most recently the Narrative Director of Far Cry 6. With a long history on the Far Cry franchise, Navid has worked as an associate narrative director, narrative designer, and writer on Far Cry 4, Far Cry 5, and Far Cry Primal, in addition to numerous other Ubisoft projects such as The Division and Splinter Cell.

From ☀️to⛈️, Yara’s tropical climate is unpredictable but the dynamic systems behind it certainly aren’t.@colinwackl shares insight on the techniques used to create realistic weather systems in #FarCry6!

The world of Yara may be fictional, but its weather systems are almost as realistic as any tropical country. Sun-soaked islands that transition into wind-whipped thunderstorms, which clear to reveal stunning sunsets, Yara’s weather is a sight to behold.

This session will cover the techniques and systems used to simulate arbitrary weather states in a continuous day-night cycle. Topics covered include volumetric clouds, fog and atmospheric scattering, influence of wind on vegetation, interactive particles systems for rain and lightning, and the technical implementation of portraying water — on static and dynamic surfaces, and ocean rendering.

This talk is also co-presented by Emily Zhou, Technical Artist at Ubisoft Montreal. 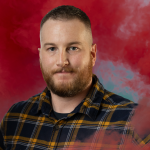 Colin Weick is a senior 3D programmer with 12 years of experience in the field of computer graphics and rendering techniques. Since joining Ubisoft Toronto in 2016, he has shipped AAA titles including Far Cry 6 and Far Cry 5.

👤 Holster your resolver and grab your sneakiest amigo…

Talk: A Good Guerilla is a Hidden Guerilla: Improving Stealth in Far Cry 6

Rich presents the investigation of existing Far Cry combat systems and stealth mechanics, and the work done to transform stealth gameplay to fulfil that guerilla fantasy. In this talk, he’ll cover the changes made and new technologies developed for the series, such as the World Aggression system, allowing the player to control the flow of combat by holstering their weapon and hiding in plain sight. Also covered are the various weapons, gadgets and setups that empower the player’s stealth experience, as well as NPC perception and detection systems. 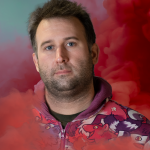 Rich Welsh has worked at Ubisoft Toronto for 4 years, most recently as Lead Programmer on Far Cry 6. Before taking on the lead programmer position, his was as an AI programmer on a wide range of different games from Crackdown 2 to Star Citizen.

🎧 Learn how we brought Yara to life through sound!

Talk: The Soundscapes of Yara: Audio Innovation and Representation in Far Cry 6

When building worlds, every detail counts. Learn how the world of Yara was brought to life through voices, music ambiences and sound effects.

In this talk, Eduardo shares insight on how technical innovation and careful audio production choices were used to support the narrative of the game and portray an accurate Latino-Caribbean cultural representation. 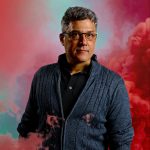 Eduardo Vaisman is an Argentine-Canadian audio professional with 30 years’ experience. He started his audio career in the film industry, where he has credits in over 60 feature films from six different countries. In 2010, Eduardo joined Ubisoft Toronto and has since shipped multiple AAA titles including Tom Clancy’s Splinter Cell Blacklist, Far Cry 4, Far Cry Primal and Far Cry 5. He spent the last three years at the helm of the audio department in Far Cry 6. 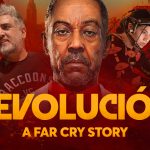