See the hard work of Ubisoft Toronto teams on display in the gameplay reveal of the much-anticipated Far Cry 6.

Set in Yara, a tropical paradise frozen in time in the heart of the Caribbean, players will experience the adrenaline rush and chaos of guerrilla combat as they join the revolution to liberate Yaran people from the oppressive rule of dictator Antón Castillo and his teenage son Diego – brought to life by Giancarlo Esposito (The Mandalorian, Breaking Bad) and Anthony Gonzalez (Coco). Development for Far Cry 6 is being led by Ubisoft Toronto, in close collaboration with Montreal, and with help from Ubisoft Shanghai, Ubisoft Berlin, Ubisoft Kyiv, Ubisoft Philippines, and Ubisoft Montpellier.

As local Yaran and military dropout Dani Rojas, players will be swept up in the guerrilla movement as the brutality of Antón’s rule reaches new heights and the fire of revolution ignites across the country. 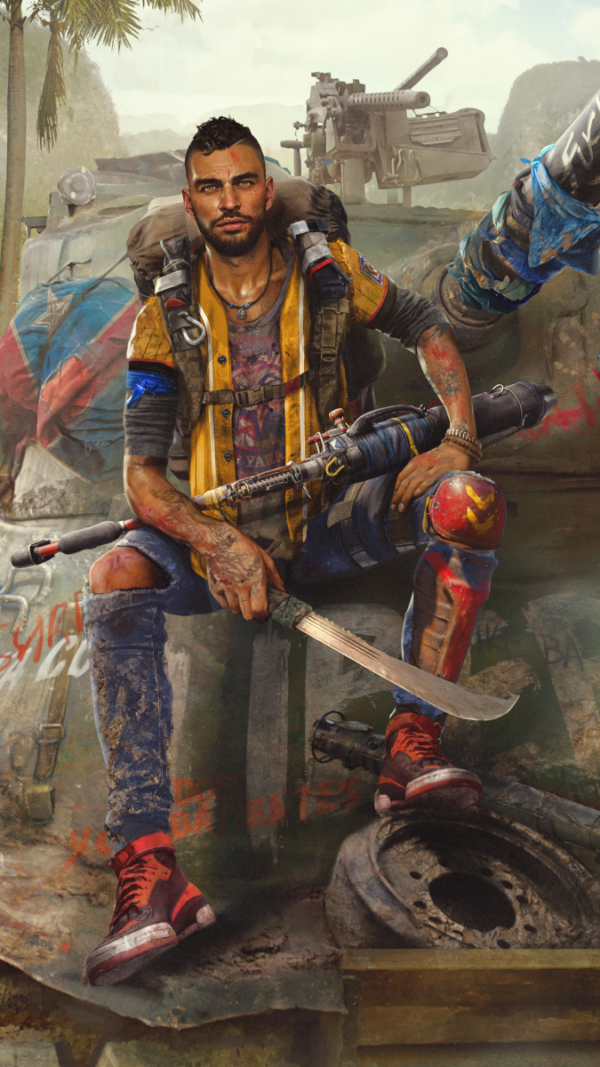 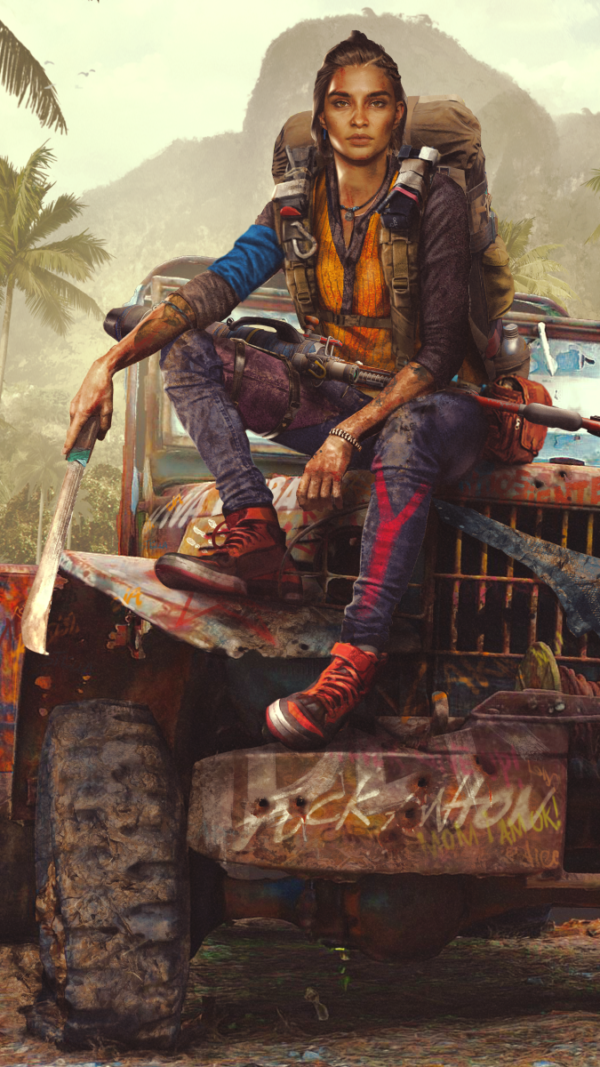 Players will be able to choose to play Dani as a woman or a man, and will join forces with a colorful cast of characters, including Clara Garcia, the leader of revolutionary group Libertad, or Juan Cortez, a jaded ex-KGB spy and guerrilla master as they fight their way to take down the tyrant. 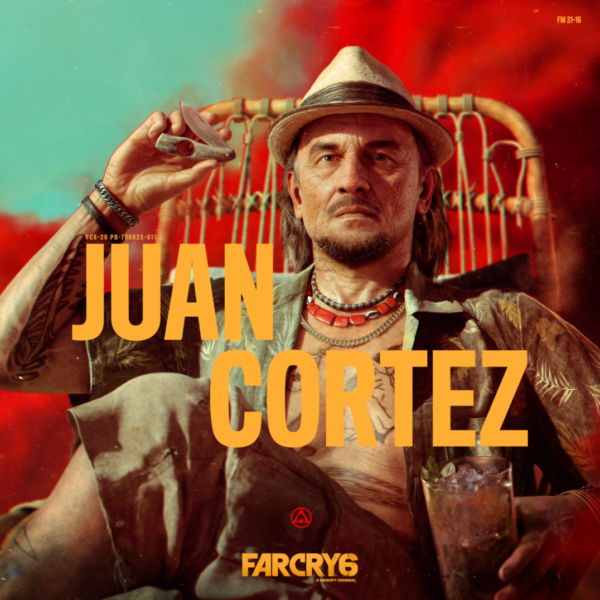 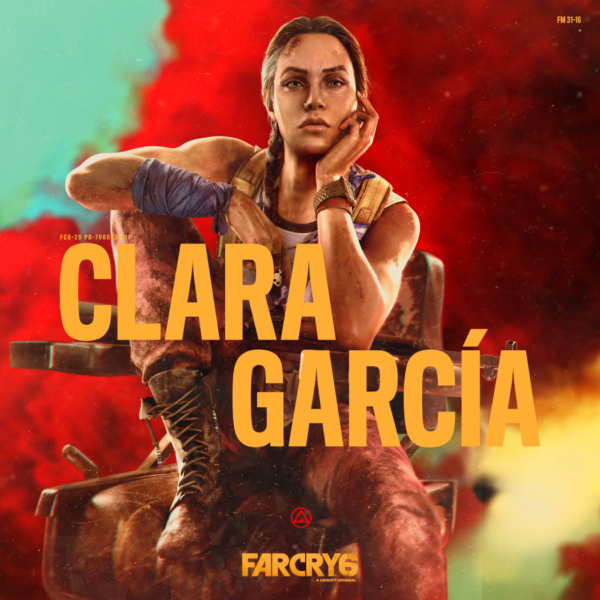 To succeed against the overwhelming power of Antón’s army, players will embrace the “resolver” spirit, a philosophy of resourcefulness found across Yara, making use of everything and whatever they have to inflict chaos on the regime. Fueled by the creativity of “resolver” mastermind Juan Cortez, Far Cry 6 features a broad and unexpected arsenal of customizable “resolver” weapons and tools. From a motorcycle engine powered minigun to a homing missile throwing backpack, pushing the “resolver” spirit to the limit will grant Dani the power of an entire guerrilla army.

Far Cry 6 gives players unprecedented freedom to experience the game the way they want by supporting their playstyle, whether they prefer a stealthy or forceful approach. In addition to resolver options, players will be able to pick traditional weapons and use new ways to traverse the world such as horses, tanks and crazy DIY vehicles. They will also be able to pair up with all-new animal companions like Chorizo, the adorable wiener dog no soldier can ignore or Guapo, Juan’s soldier-hungry pet crocodile. 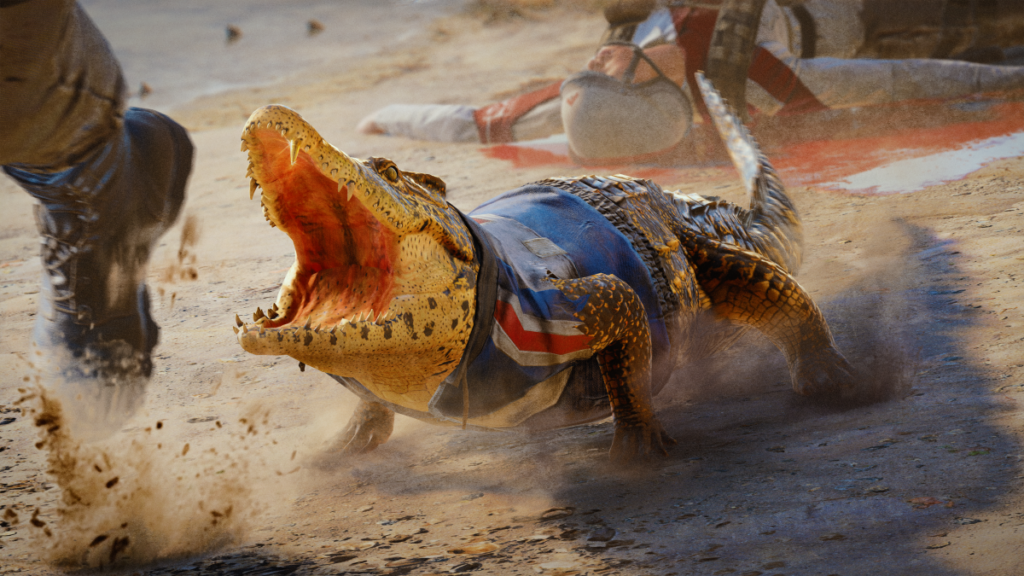 In solo or two-player co-op, players will explore a vast and contrasted open world, from lush jungles to decaying cities. With Antón’s army controlling the air, roads, and seas, players will operate from hidden guerrilla camps across the country, gathering soldiers and resources while planning their next move. Players will have to navigate the world and approach situations like true guerrilla fighters to make sure every strike against the regime hits hard.

Far Cry® 6 will release on October 7 worldwide on Xbox Series X | S, Xbox One, PlayStation®5, PlayStation®4, Stadia, Amazon Luna and for Windows PC exclusively on both the Epic Games Store and the Ubisoft Store. The game will also be available on Ubisoft+*, Ubisoft’s subscription service.