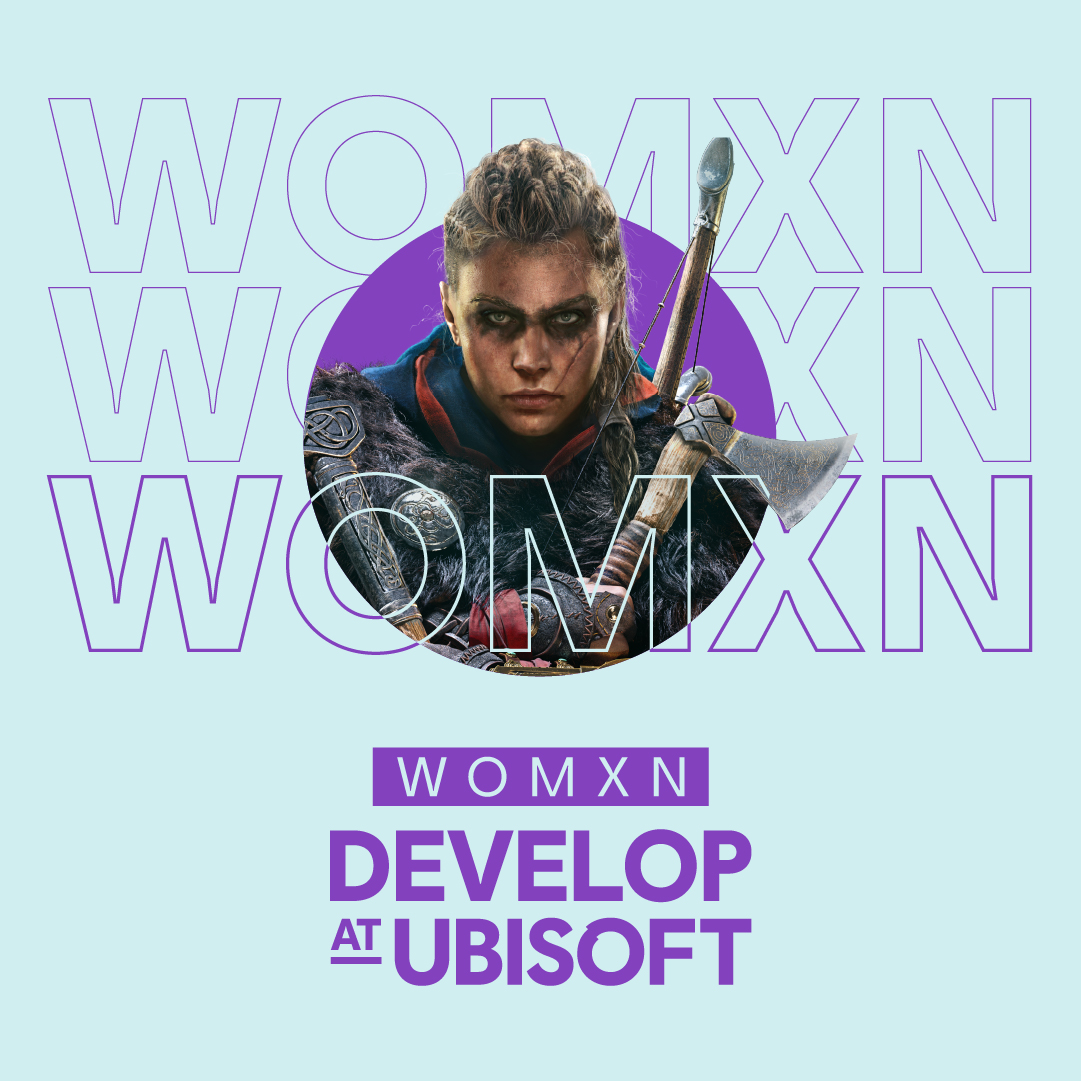 We’re excited to share the winners of the first edition of the Womxn Develop at Ubisoft mentorship at Ubisoft Toronto. These up-and-coming game designers and programmers from Ontario showed incredible talent through a game development challenge devised by our experts and will now benefit from a mentorship and paid apprenticeship at our studio.

How We Got Here

Last year, Ubisoft Toronto and the Ubisoft Paris Studio launched the Ubisoft Future Women in Games mentorship pilot program. It was built from a desire to see more diverse talent enter — and flourish — in the games industry by providing valuable hands-on work experience at a AAA studio. For 2020, we retooled the program to include even more underrepresented voices who can bring their talents and backgrounds to the games we make. The Womxn Develop at Ubisoft mentorship aims to attract and develop diverse talent for our studios around the world.

The Womxn Develop at Ubisoft game design challenge asked participants to work through the different stages of defining design goals. They had to create a pitch document that outlines the player experience and construct a prototype plan for their design. Their challenge was to design a new operator for Tom Clancy’s Rainbow Six Siege that would appeal to a new audience. 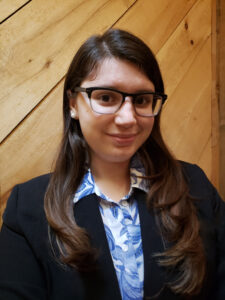 Santin designed a non-binary operator named Blink who has a focus on intel denial, disabling defense, and opening entry points.

Blink’s unique gadget is their EMP dart, which allows them to disable defenders’ primary gadgets and then destroy them once the defender has died, adding a seek-and-destroy element to Rainbow Six Siege.

Players will work together to locate hidden gadgets to EMP dart, and then take out the corresponding defender to eliminate all the defender’s gadgets.

This ability encourages communication, teamwork, and strategizing, and also teaches players about the different operators and gadgets, and their impacts on gameplay.

Blink is a strong counter to both operators with electronic devices and operators who spread out their devices, such as Mozzie, Jager, Maestro, and Melusi. 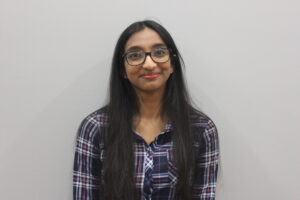 Rudra, the defender operator they designed, is intended to combat these issues by using a combination of paint and tracking drones to highlight the location of opponents through any surface for a short duration of time. This information is transmitted to the rest of the team instantaneously.

This operator is intended to create an advantage that — even in the hands of the most inexperienced player — is still a valuable and meaningful contribution to the team. 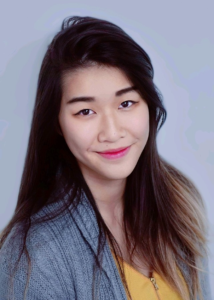 Voice chat is often a main barrier to women’s success due to harassment. Zhang created an operator with the ability to control how both teams can communicate, which would remove the need to use voice chat for team success, and allow women to compete at higher levels.

Lynx, her proposed operator, is a defender with the Electromagnetic Disruption Field — a geometric net created by setting wall nodes that form a polygon called the “dead zone.” All players within the dead zone can no longer access voice or text chat but can still use the ping system. To compensate for the disadvantage, enemies within the dead zone can be seen through walls by the defending team. 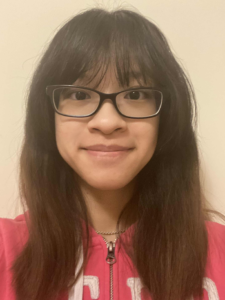 Vu aimed to create an operator with a chaos-inducing ability that would elicit creativity in players.

They presented an operator with an ability to use the terrain (in this case, the lights) in order to completely change the scope of the battlefield. This allows the operator to support other operators’ abilities in the shadows. The meta strategies can bend according to how the players want to play and not by the “tiers”, allowing beginner players to slowly develop their own styles. 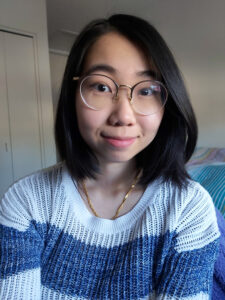 Lo created an operator that is versatile and accessible to mute players and players without a premade team. Defender operator, Whistle, offers a straightforward gadget for intel gathering by audibly notifying the team, visually pinging enemy locations, and providing a new distraction for Attackers needing to find and destroy or escape the radius of detection.

The Womxn Develop at Ubisoft programming challenge was to create a one-button game with the theme of “Crowded Spaces” using a provided API. Participants only had one weekend to code their game entirely in C++.

1st Place
Shaked Brosh – Out of The Woods 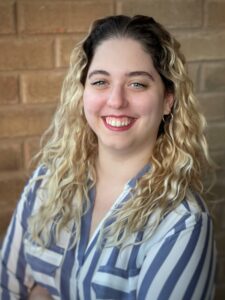 Out of the Woods is a 2D endless runner which features continuous waves of enemies. It gives the player the ability to do two things: move between the platforms to avoid those enemies (using the up/down arrows or W/S keys) and shoot the enemies when they can’t be avoided (using the space bar). 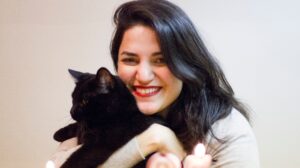 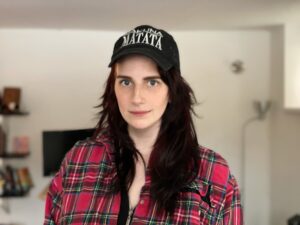 Finding Hope is an exploration of the ways interactive media can crystallize the human experience, and an ode to the internal struggles of isolation and grief. With a limited amount of light, the goal is to navigate through enemy AIs that represent our deepest fears and insecurities, completing each level when players successfully reach “hope.”

Our Ubisoft judges and mentors were impressed with the quality of submissions and diversity of ideas that the challenge prompted. The first place winners will be given paid apprenticeships at the Ubisoft Toronto studio, working on our leading games and learning from experienced teams as they start their careers in game development. 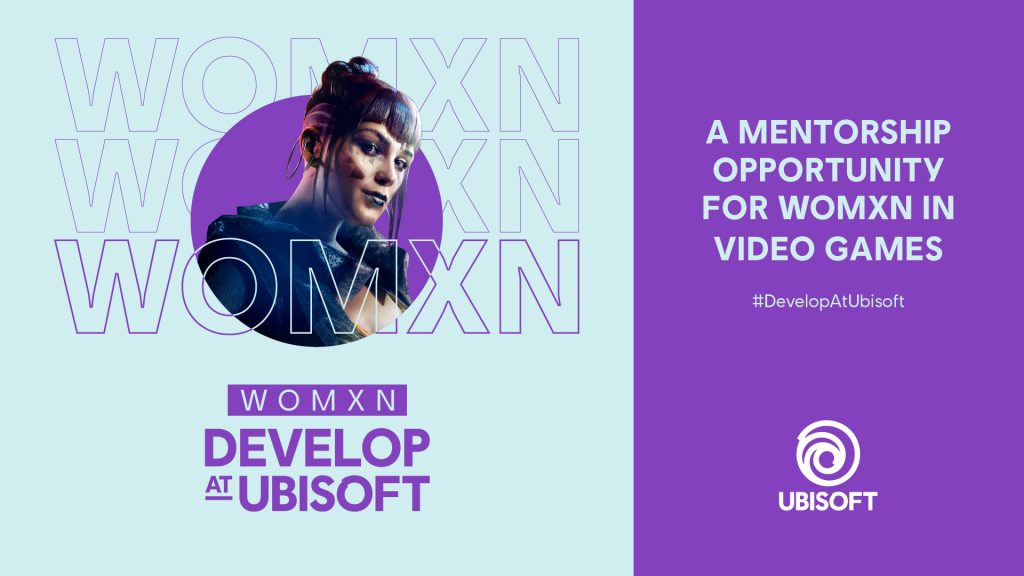