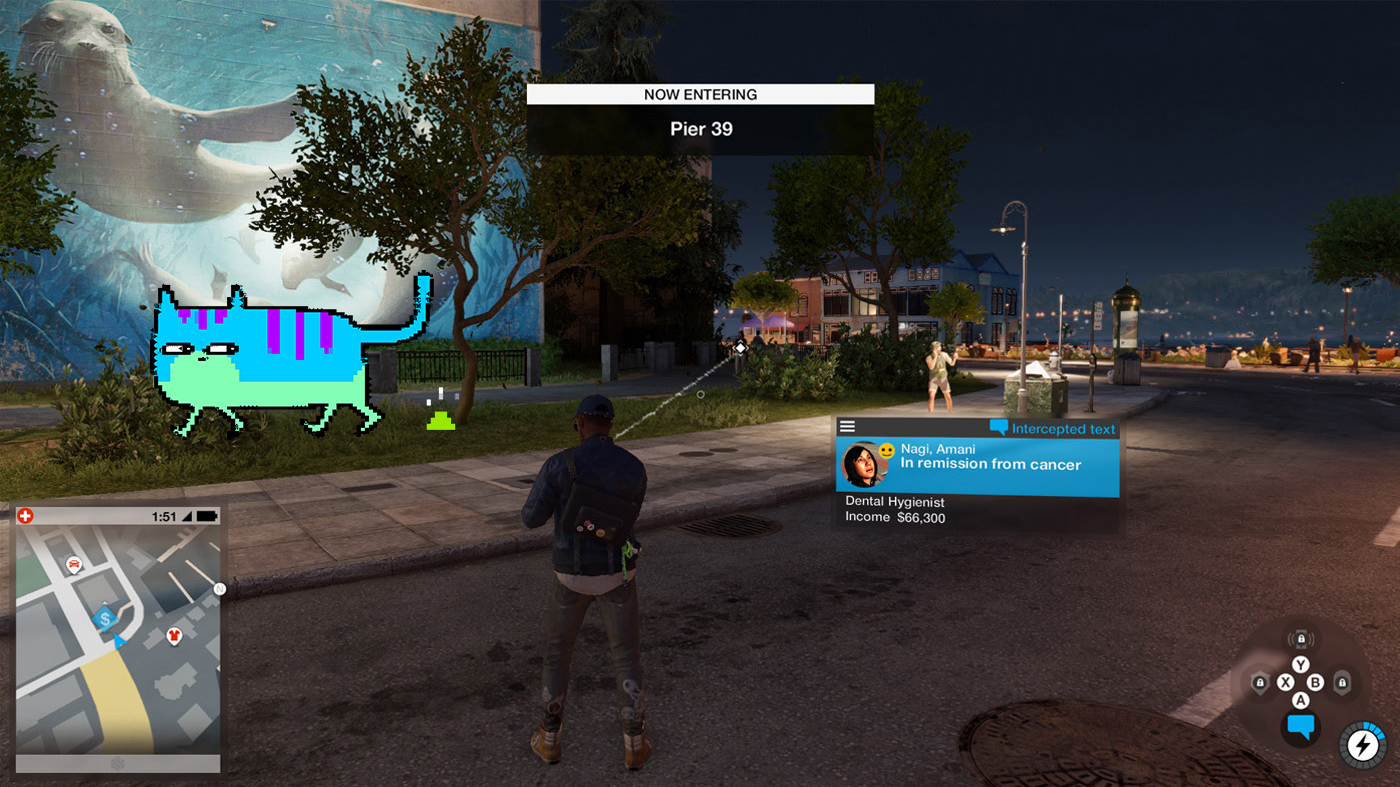 UI Art makes games for everyone

As accessibility becomes a greater priority for game design and production, user-focused roles (including those concerned with experience and interface) continue to grow throughout the industry. In practice, it is why roles at Ubisoft Toronto often mesh with other professional disciplines throughout the studio — and why people like Noreen have seen their roles evolve.

At Ubisoft Toronto, Noreen is an artist, designer, and puzzle-solver. Fun fact – she originally thought she was going to be an illustrator.

“I had no idea what game development was when I went to school,” she says. “I just wanted to be an artist.” 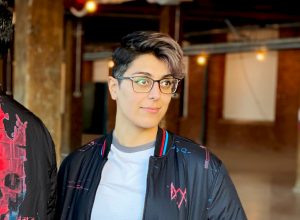 Noreen found her niche at Sheridan College. “I became really interested in how games were made,” she says. “I met people who were actually building their own prototypes in their spare time.”

Of course, it took time to figure out how her skills could apply to game development.

“I knew what concept art was, but that wasn’t what I wanted to do.”

Getting started in video games

Noreen’s love of video games in her personal life eventually made her realize that game development was a career option. Her stubborn desire to solve the puzzle of how her skills could fit into the industry led Noreen to her first game development role – a graphic designer at a studio in Halifax.

There were no “UI Artists” yet, and UI Design was still developing as an industry term, but graphic designers were solving the problems that would eventually be categorized as user interface art.

“When mobile took off, everyone realized the importance of a user interface designer.”

That was in 2012. But what does day-to-day user interface development look like in 2020?

“Compared to when I first got in the industry to now – it’s [no longer] an afterthought.”

“Putting the actual artwork into the engine, I think, is the most fun.”

Noreen explains what life was like as a UI Artist when she joined Ubisoft.

“When I worked on Watch_Dogs 2… I’d have a design that would come in from a UX designer as a wireframe. My job would be to break apart that layout and figure out how it’s going to work in our engine. I would take the style guide from the art director and make a visual mock-up. I’d talk to the programmer who is going to help me build it, and then I’d meet with the designer and make sure it works for them,” she says.

“That’s probably the most fun part for a lot of people. But for me, I like to take the mock and figure out how it’s going to work. Putting the actual artwork into the engine, I think, is the most fun. 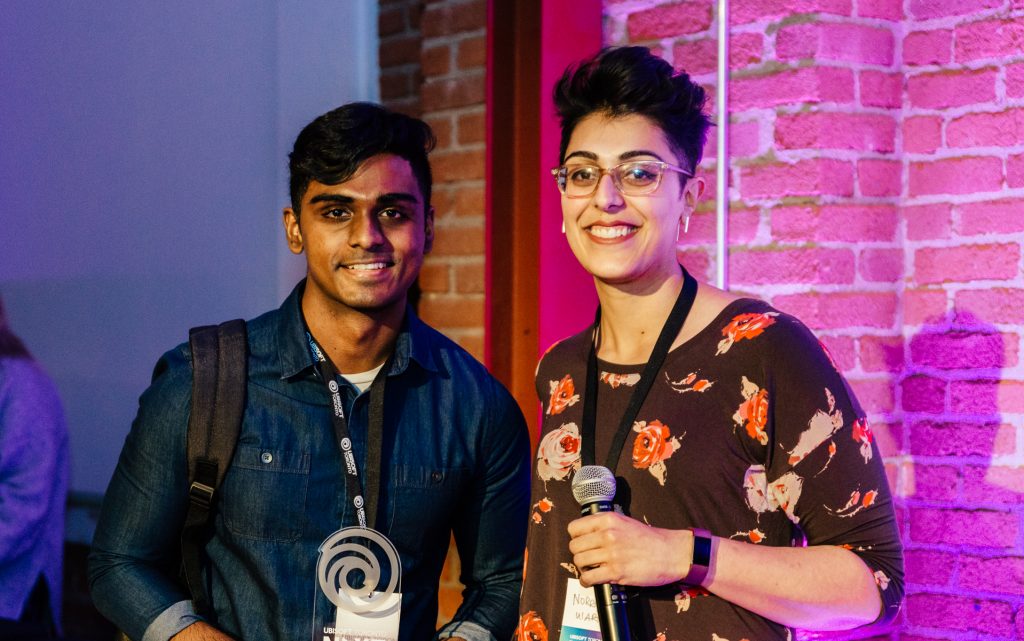 Noreen (right) with the 2019 NEXT User Interface winner

That is the second half of our job. That’s also the part that scares a lot of people when they want to get into UI Art. They think, ‘Oh, I’m not technical, I don’t know how to use an engine.’ But in fact, not everyone does. Every studio chooses their engine based on the specific needs of the game they are working on. Some are built in-house, some are third-party like Unity or Unreal. It’s not a standardized thing, and everyone has an engine horror story!”

But it’s not all technical challenges. When she was UI artist on Watch_Dogs 2 at Ubisoft Montreal, Noreen fondly remembers working on a mission called Nine Lives.

“Your game literally gets hacked, and you will randomly be visited by a little blue cat,” Noreen explains, “This started as a JIRA request I saw on one of our other artist’s stack about designing a Nyan Cat inspired ‘internet cat’ for a mission the Toronto team was working on. I asked our Presentation Director Alex Karpazis, ‘Can I have this JIRA??’”

“There is one animation where the cat flips over on its back and poops. It was the result of me not noticing I had set an anchor point incorrectly. My director at the time came over to review it, I hit play and the cat flipped onto his back. We just laughed at the screen, said ‘Ship It.’”

You can actually see that flipped cat in the game today. 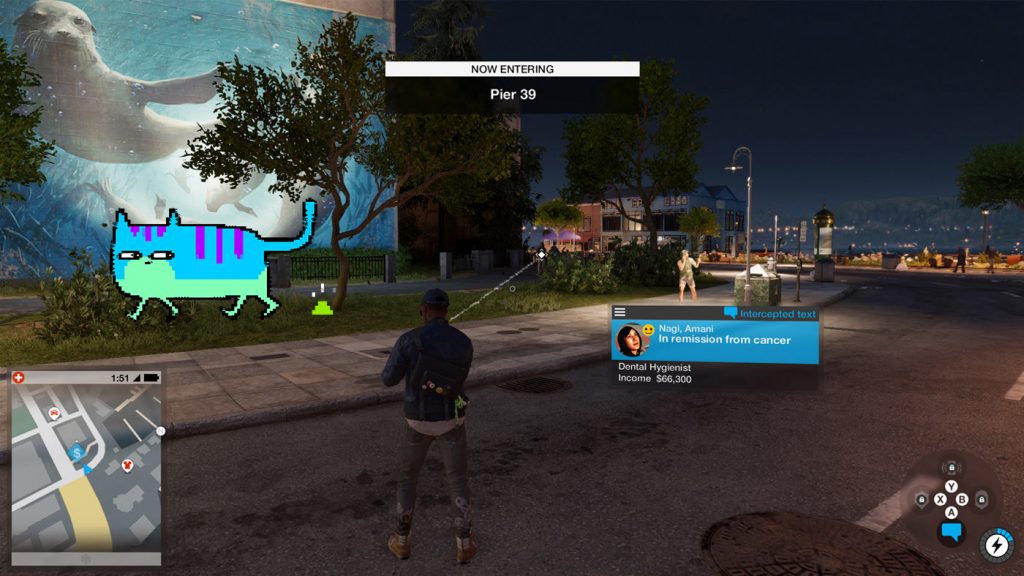 “You need to be able to understand and communicate ‘why’ you are making your design choices. It goes beyond just regurgitating what a style guide tells us to do.”

“One thing I always tell people who want to get into UI art is that you just have to be open to learning new tools.” she said. “At Ubisoft, that is part of the job — and we highly encourage artists to have control over the way their art is going into the game.”

For anyone looking to find a role in UI Art at Ubisoft Toronto, Noreen has this advice:

Beyond her role as a Team Lead Artist, Noreen lends her time and skills to studio programs like the Ubisoft Toronto NEXT User Interface challenge, which she helped create. The opportunity gives students a chance to earn a paid apprenticeship and mentorship at the studio.

The details? Ubisoft Toronto’s NEXT User Interface art challenge opened February 7, 2020 and test student’s grasp of menu and gameplay UI. The judges want to see the most creative and engaging designs, but also designs that will feel intuitive in a game user interface. In this challenge, create mock-ups and pitch a UI Style Guide based on provided game details and a design brief.

Want to join in the NEXT User Interface fun? Learn More.