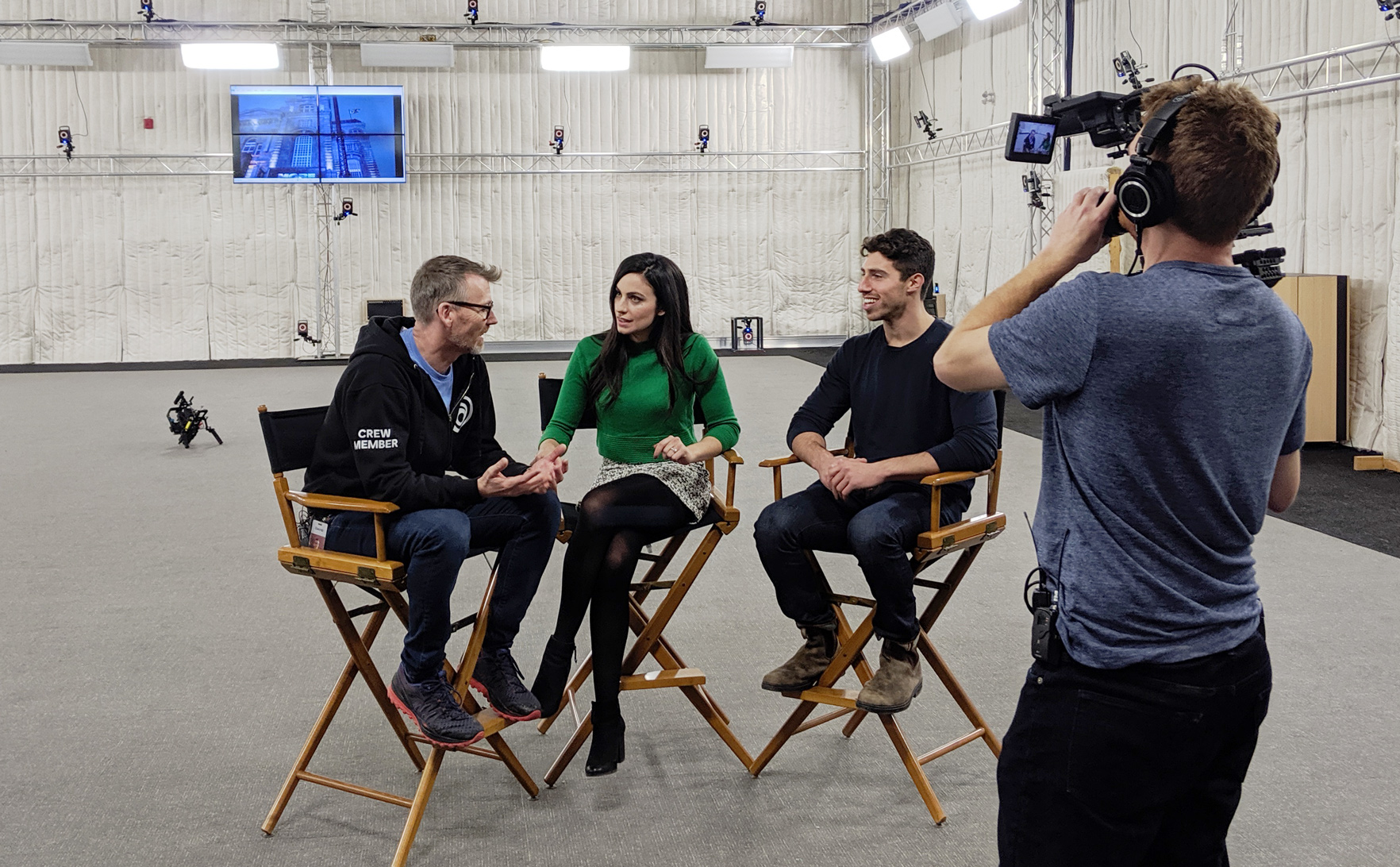 In November 2019, Ubisoft Toronto opened its new performance capture studio — taking performance capture (PCap) to the next level, to serve the growing production needs of the Toronto studio and Ubisoft globally. The studio and the PCap team service Ubisoft productions all around the world, working closely with the cinematic team to help bring Ubisoft stories to life. This includes casting, photogrammetry (scanning characters’ faces, clothing, and props), voice-over, R&D and tools development, budgeting, and data processing.

At 12,000 square feet, the studio is a custom-built sound stage and capture space that features 30-foot ceilings and state-of-the-art motion capture technology. With a brand new space, there are now even more possibilities to create unique Ubisoft worlds.

To learn more about what it’s like to capture the cinematic performances that breathe life into our games,  Jesse and Marissa from TSN’s BarDown suited up. Cinematic director David Footman put the duo through three challenges as two potential characters in Watch Dogs: Legion, the next game from Ubisoft Toronto.

1) Who can make the better T-pose? (A necessary step before you can start motion capturing an actor.)

2) Who has the best dance moves? (Not a necessary step, but it certainly makes the shoot more fun!)

3) Can they direct and shoot a scene? (Also necessary!)

Watch how Team TSN did:

Previous Post Seven ways to break into the Games Industry with Ubisoft Toronto NEXT Next Post Inside the game, literally – BBC enters Watch Dogs: Legion for first-ever in-game interview
Menu