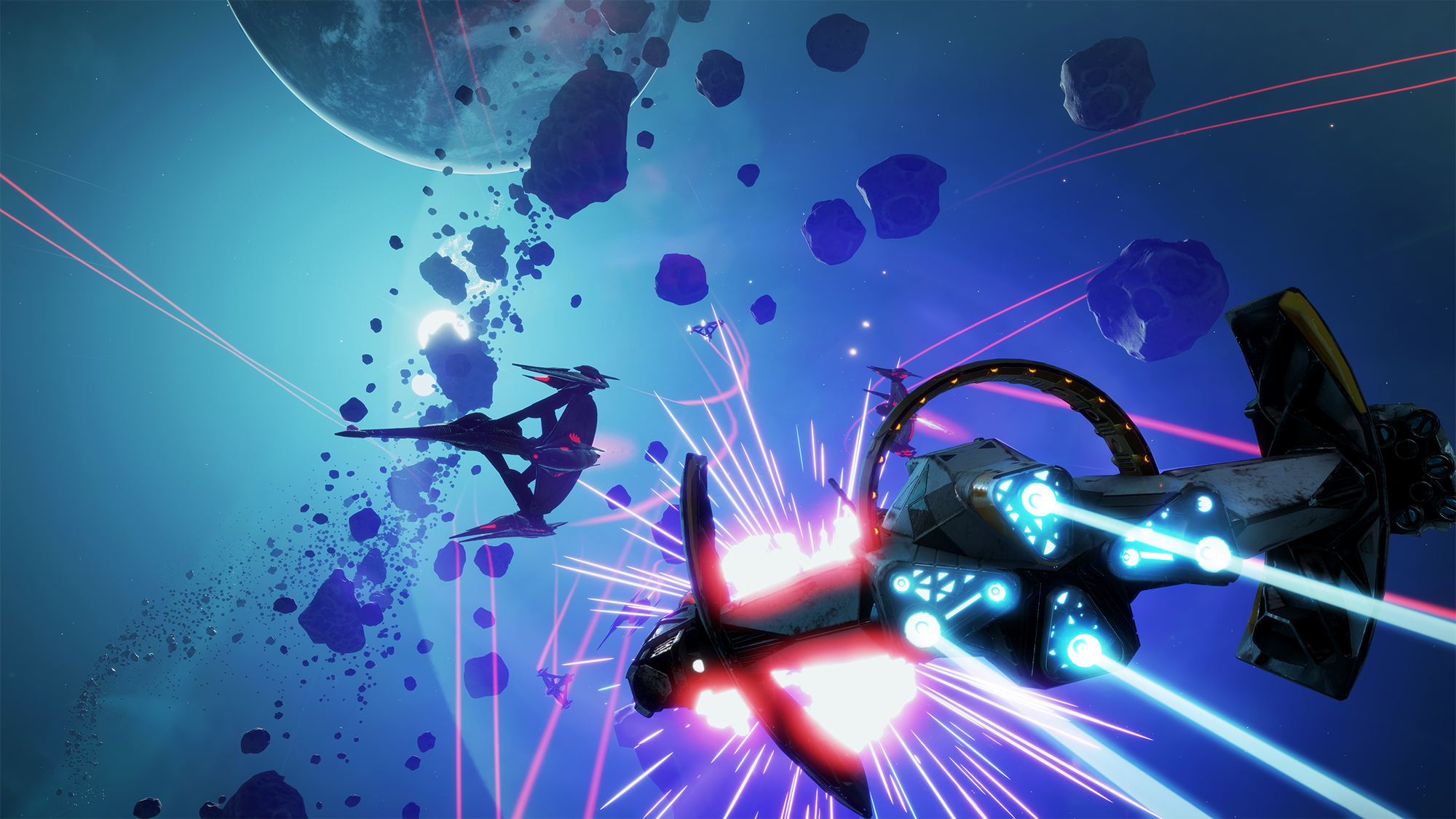 Los Angeles – June 12, 2017 – You choose your pilot, hull, wings and weapons, combine them to build a custom starship and lock it into place atop your game controller. As you pilot your way to a nearby planet within the Atlas Star System, you sense you’re not alone. Suddenly, three enemy ships emerge from a nearby asteroid field and it becomes very clear you are not welcome. You try to fight them off, but realize your current loadout isn’t working in this situation. You make a lightning-fast decision, swap out your wings and weapons on the fly and re-engage, as another epic battle begins to save the galaxy from Grax and the Forgotten Legion.

“We’re thrilled to introduce Starlink: Battle for Atlas, the first new property created from the ground up at Ubisoft Toronto. We wanted to combine our love for collectibles with an epic, open-world space adventure to create a brand new experience for audiences of all ages,” shared Matt Rose, producer, Ubisoft. “Our team created both a tech breakthrough and a new way to adapt the game on the fly to take on any challenge. We can’t wait to see the combinations players will come up with and the creative solutions they discover while exploring Atlas.”

In Starlink: Battle for Atlas there are multiple ways for the player to achieve their objectives. Through experimentation, creativity and customization players will discover which playstyle works for them, and the open-world gameplay gives the freedom to choose where to travel and which alliances to form. Players may also choose to build their collection physically or digitally, and every piece is compatible with each other.

Built from the ground up in the Snowdrop engine, the game allows seamless travel through and around the exotic alien worlds of the Atlas Star System, teeming with life and unique challenges. Players’ actions and creative choices will impact their journey and no two player experiences will be alike. Every choice has an impact on the player’s journey and enemies will react and fight back intelligently – taking over the star system if the player does nothing to stop them. The fate of Atlas rests in your hands.

For the latest on all of Ubisoft’s games, please visit www.ubiblog.com.

About Ubisoft
Ubisoft is a leading creator, publisher and distributor of interactive entertainment and services, with a rich portfolio of world-renowned brands, including Assassin’s Creed, Just Dance, Tom Clancy’s video game series, Rayman, Far Cry and Watch Dogs. The teams throughout Ubisoft’s worldwide network of studios and business offices are committed to delivering original and memorable gaming experiences across all popular platforms, including consoles, mobile phones, tablets and PCs. For the 2016-17 fiscal year Ubisoft generated sales of €1,460 million. To learn more, please visit www.ubisoft.com.

“PlayStation” is a registered trademark or trademark of Sony Interactive Entertainment Inc.

Previous Post Celebrating the Next Generation of Video Game Development Talent in Ontario Next Post Ubisoft Toronto gambles on its own creation: Starlink
Menu