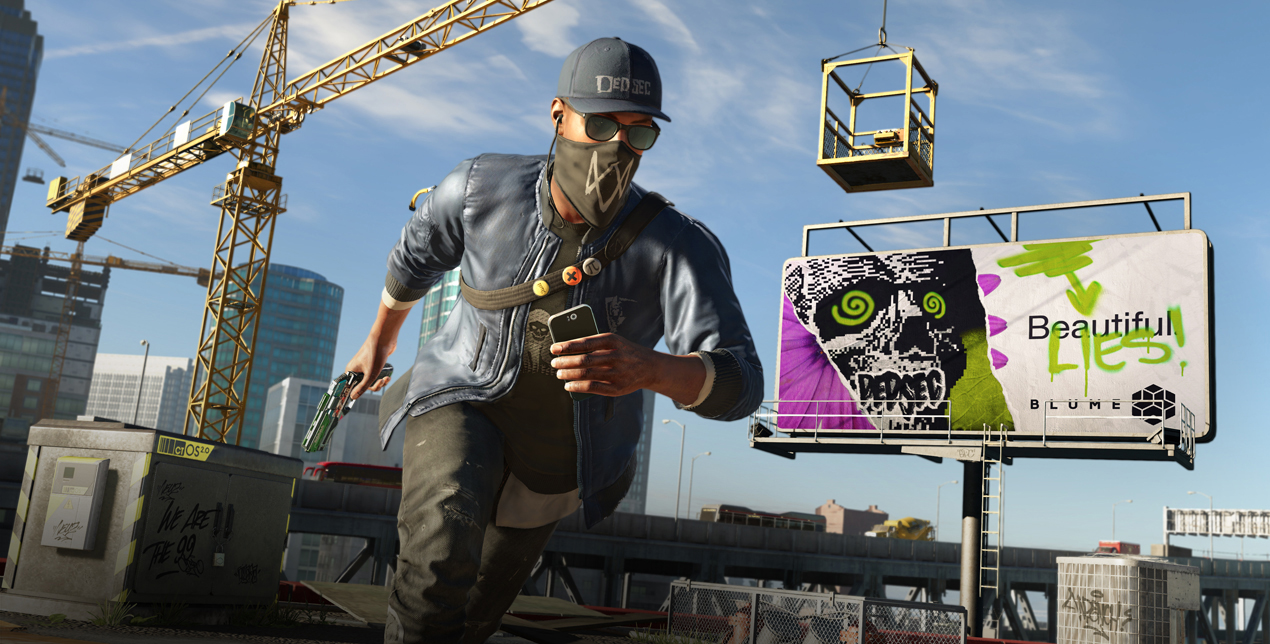 Ubisoft Toronto is proud to join the Watch_Dogs team as a first time collaborator. The Toronto team produced numerous captivating missions touching on important themes in Watch_Dogs 2, and developed part of the game’s world and several gameplay features. Stay tuned for more news in the months to come.

MONTREAL — June 8, 2016 — Today, Ubisoft® announced that Watch_Dogs® 2, the newest installment in the blockbuster Watch_Dogs franchise, will be available worldwide on November 15 for the PlayStation®4 computer entertainment system, Xbox One and Windows PC.

Watch_Dogs 2 is the product of over two years of intensive development by the original creative team behind the Watch_Dogs brand. Players enter a massive and dynamic open world environment set in the San Francisco Bay Area. It is the latest city to adopt ctOS 2.0, an advanced operating system networking the city infrastructure, and in the wrong hands, ctOS 2.0 can be used to invasivey control and manipulate everyday citizens.

Players will explore the birthplace of the tech revolution as Marcus Holloway, a brilliant young hacker who has fallen victim to ctOS 2.0’s predictive algorithms and is accused of a crime he did not commit. In Marcus’ quest to shut down ctOS 2.0 for good, hacking is the ultimate weapon, and players can not only hack into the city’s infrastructure but also every person and any connected device they possess, to trigger unpredictable chains of events. With the ability to take control of drones, cars, cranes, security robots and much more at their disposal, players can choose whether to use stealth hacking to complete missions without killing a single enemy or go guns blazing for a more ferocious approach. In this vast open world, players can hack their way through traffic while engaging in dangerous car chases through the winding streets of San Francisco, traverse the rooftops of the vibrant neighborhoods of Oakland and infiltrate the offices of cutting-edge companies in Silicon Valley.

“Our creative team is working hard to deliver an outstanding Watch_Dogs experience,” said Dominic Guay, senior producer, Ubisoft Montreal. “In Watch_Dogs 2, we’re excited to give players a captivating storyline with engaging characters that offers deeper, more meaningful hacking options, a greater variety of gadgets and weapons and a brand new seamless multiplayer experience that will appeal to fans of the original Watch_Dogs as well as players new to the brand.”

In addition to the standard game, several editions are available for pre-order:

Players who pre-order any edition get an extra mission named Zodiac Killer: An unwanted ghost of San Francisco’s past has resurfaced after fifty years. While completing the mission, the player unlocks an additional exclusive outfit.

For more information on the Collector’s Edition, please visit: shop.ubi.com.

For the latest on all of Ubisoft’s games, please visit ubiblog.com.

Ubisoft is a leading creator, publisher and distributor of interactive entertainment and services, with a rich portfolio of world-renowned brands, including Assassin’s Creed, Just Dance, Watch_Dogs, Tom Clancy’s video game series, Rayman and Far Cry. The teams throughout Ubisoft’s worldwide network of studios and business offices are committed to delivering original and memorable gaming experiences across all popular platforms, including consoles, mobile phones, tablets and PCs. For the 2015–16 fiscal year Ubisoft generated sales of €1,394 million. To learn more, please visit www.ubisoftgroup.com.