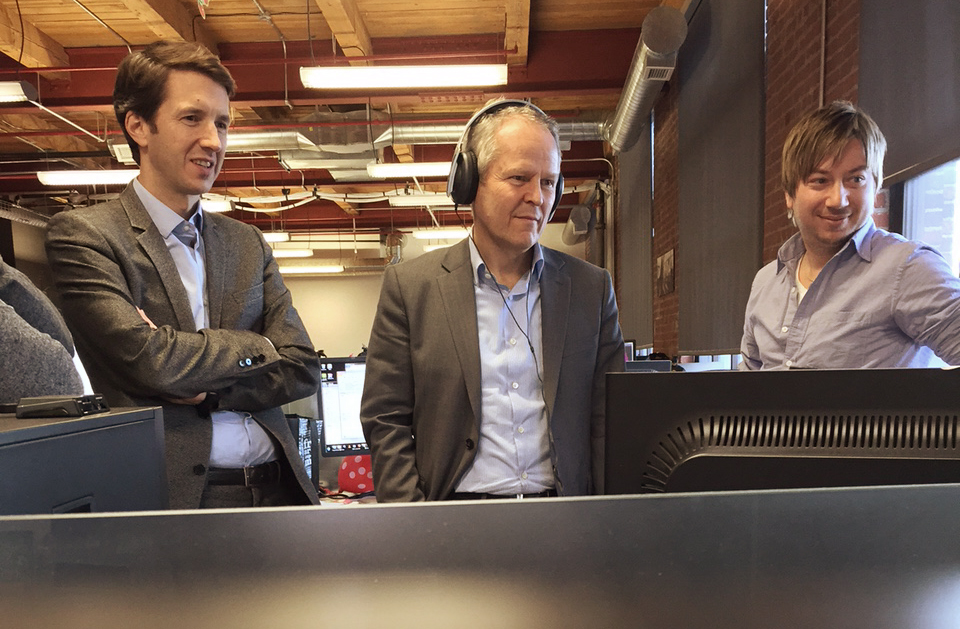 Among CEOs recognized in Canada, Mr. Guillemot received an impressive approval rating based on the anonymous and voluntary reviews Ubisoft employees shared on Glassdoor throughout the past year.

“Inspiring and motivating an entire workforce is an overwhelming, yet imperative, undertaking,” said Glassdoor CEO and Co-founder, Robert Hohman. “The CEOs on this list have earned the approval and respect of their employees, evidenced by the feedback shared on Glassdoor. This list celebrates that achievement and challenges all CEOs to aim to do the same.”

CEO approval ratings are gathered through Glassdoor’s online company review survey, which seeks to gain current and former employee sentiment about job and company satisfaction, the work environment and the culture. Employees are asked to rate a number of workplace factors like compensation and benefits as well as work-life balance, and asked whether they approve or disapprove of the way their CEO is leading the company. In addition, employees are asked to describe some of the upsides and downsides of working for the company and provide any advice for senior management.

Ubisoft is a leading creator, publisher and distributor of interactive entertainment and services, with a rich portfolio of world-renowned brands, including Assassin’s Creed, Just Dance, Watch_Dogs, Tom Clancy’s video game series, Rayman and Far Cry. The teams throughout Ubisoft’s worldwide network of studios and business offices are committed to delivering original and memorable gaming experiences across all popular platforms, including consoles, mobile phones, tablets and PCs. For the 2014-15 fiscal year Ubisoft generated sales of €1,464 million. To learn more, please visit www.ubisoftgroup.com.

Glassdoor is the most transparent jobs and recruiting marketplace that is changing how people search for jobs and how companies recruit top talent. Glassdoor combines free and anonymous reviews, ratings and salary content with job listings to help job seekers find the best jobs and address critical questions that come up during the job search, application, interview and negotiation phases of employment. For employers, Glassdoor offers recruiting and employer branding solutions to help attract high-quality candidates at a fraction of the cost of other channels. In addition, Glassdoor operates one of the most popular job apps on iOS and Android platforms. The company launched in 2008 and has raised approximately $160 million from Google Capital, Tiger Global, Benchmark, Battery Ventures, Sutter Hill Ventures, DAG Ventures, Dragoneer Investment Group and others.