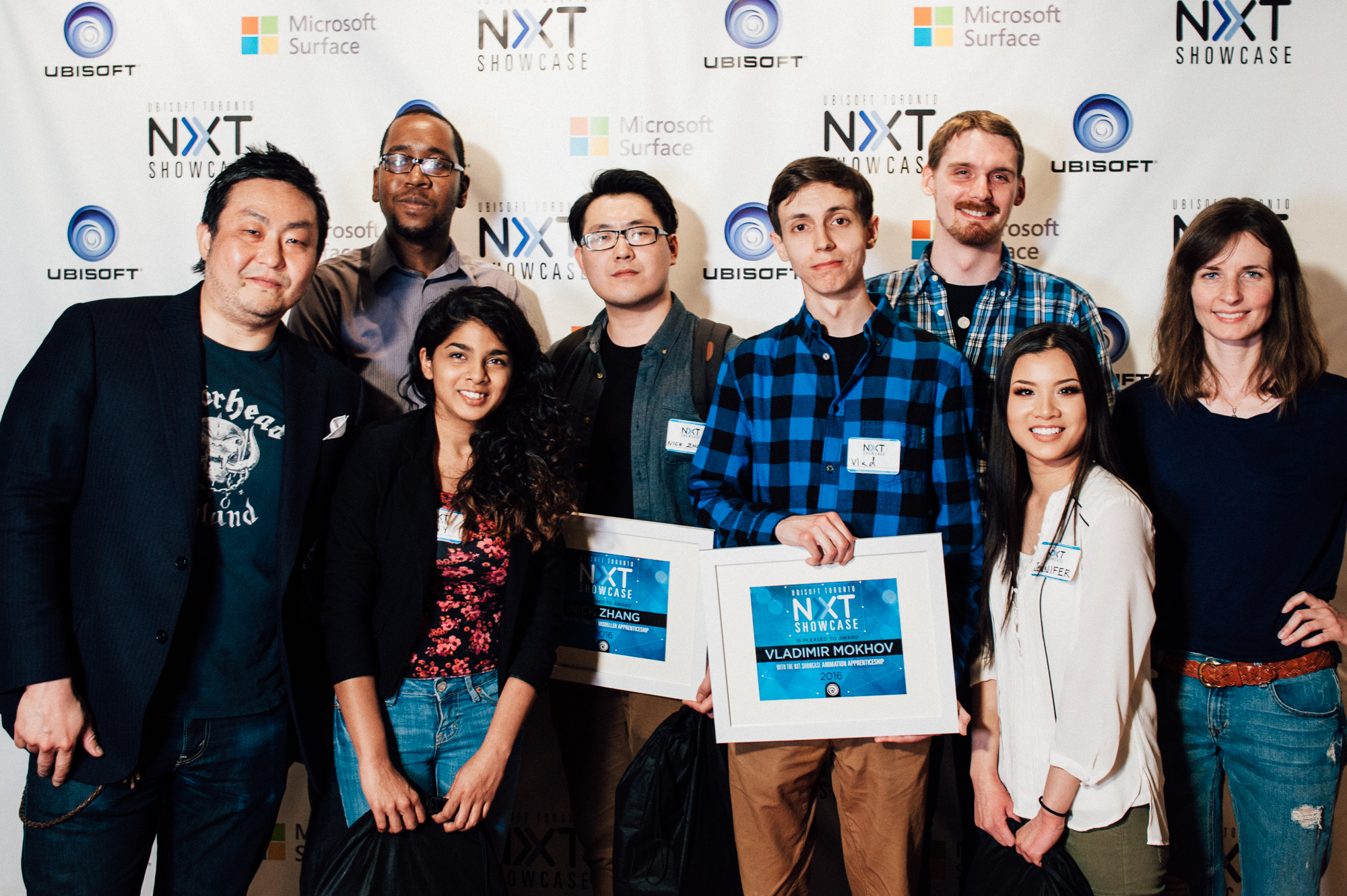 Ubisoft Toronto announced the winners of the NXT Showcase 2016 Modeller and Animation Apprenticeships last night during its annual event, formerly known as UbiGallery. With 83 Ontario art and animation students competing for the coveted NXT Showcase Apprenticeship awards, Le (Nick) Zhang took top spot as the 2016 Modeller Apprentice and Vladimir Mokhov won the 2016 Animation Apprentice, a new discipline added to the showcase this year.

The NXT Showcase is an annual competition designed to put a spotlight on local art and game development student talent ready to kick-start their careers in the industry. In its third year, the competition welcomed student submissions from 10 post-secondary schools in Ontario. The winners of the Modeller and Animation Apprenticeships will spend three months working with the some of the industry’s top talent, contributing to games being created at the studio.

“This is my favourite Ubisoft Toronto event of the year, and I am excited to see that the talent and interest from students has grown over the past three years,” said Scott Lee, world director, Ubisoft Toronto. “Each year, the quality of the submissions gets exponentially higher and this year, we saw our best submissions yet. The judges were blown away by the talent coming out of the post-secondary schools in Ontario and it was extremely difficult to land on just one winner in each category.”

In 2015, Ubisoft Toronto awarded four artists with Modeller Apprenticeships, and all of the winners are now working full time on AAA game projects at the studio. This year, in addition to the winners, Ubisoft Toronto offered apprenticeships to the second and third place winners in each of the categories. The six students will make the transition from student to game developer next week, as they all join the studio for the summer.

A panel of Ubisoft Toronto team members served as judges for this year’s competition, with an additional judge representing Microsoft Canada. In January 2016, Ubisoft Toronto put out a call for submissions and finalists were then selected to display their works at the Ubisoft Toronto studio during the Showcase. The artwork from the finalists will remain on display at Ubisoft Toronto in the studio’s public gallery space.

The Grand Prize winners of the NXT Showcase also received a Microsoft Surface Book, courtesy of Microsoft Canada, a powerful tool for digital artists and animators, and a prize pack from Ubisoft Toronto.

Ubisoft Toronto is one of Canada’s Top 100 Employers for 2016. Find out more about our studio here.

Ubisoft is a leading creator, publisher and distributor of interactive entertainment and services, with a rich portfolio of world-renowned brands, including Assassin’s Creed, Just Dance, Watch_Dogs, Tom Clancy’s video game series, Rayman and Far Cry. The teams throughout Ubisoft’s worldwide network of studios and business offices are committed to delivering original and memorable gaming experiences across all popular platforms, including consoles, mobile phones, tablets and PCs. For the 2014-15 fiscal year Ubisoft generated sales of €1,464 million. To learn more, please visit www.ubisoftgroup.com.